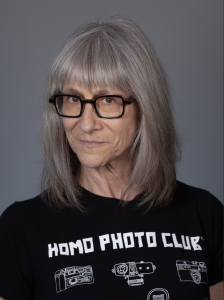 This talk will explore the proliferation of discourses of care – including self-care, collective care, and radical care – as well as critiques of those discourses, both of which have gained additional momentum and urgency in activist and academic contexts during this time of pandemic. Taking up Eli Clare’s notion of “grappling with cure,” I “grapple with care,” including its use in addressing the mental health crisis in academia and its use by activists, especially queer feminists of colour working for racial, gender, sexual, and disability justice. Drawing on the work of adrienne maree brown, Leah Lakshmi Piepzna-Samarasinha, and Alexis Pauline Gumbs, I explore organizing and facilitation as forms of femme emotional labour or care, the somatic politics of reclaiming the body from collective histories of trauma, and creative approaches to practices of care.Ann Cvetkovich is Director of the Pauline Jewett Institute of Women’s and Gender Studies at Carleton University. She was previously Ellen Clayton Garwood Centennial Professor of English, Professor of Women’s and Gender Studies, and founding Director of LGBTQ Studies at the University of Texas at Austin. She is the author of Mixed Feelings: Feminism, Mass Culture, and Victorian Sensationalism (Rutgers, 1992); An Archive of Feelings: Trauma, Sexuality, and Lesbian Public Cultures (Duke, 2003); and Depression: A Public Feeling (Duke, 2012). For additional info, see www.anncvetkovich.com.
Registration link here: https://sfu.zoom.us/meeting/register/u5IkduyorjkqH9U9a0YT0ZItu00gZaeNYa_5